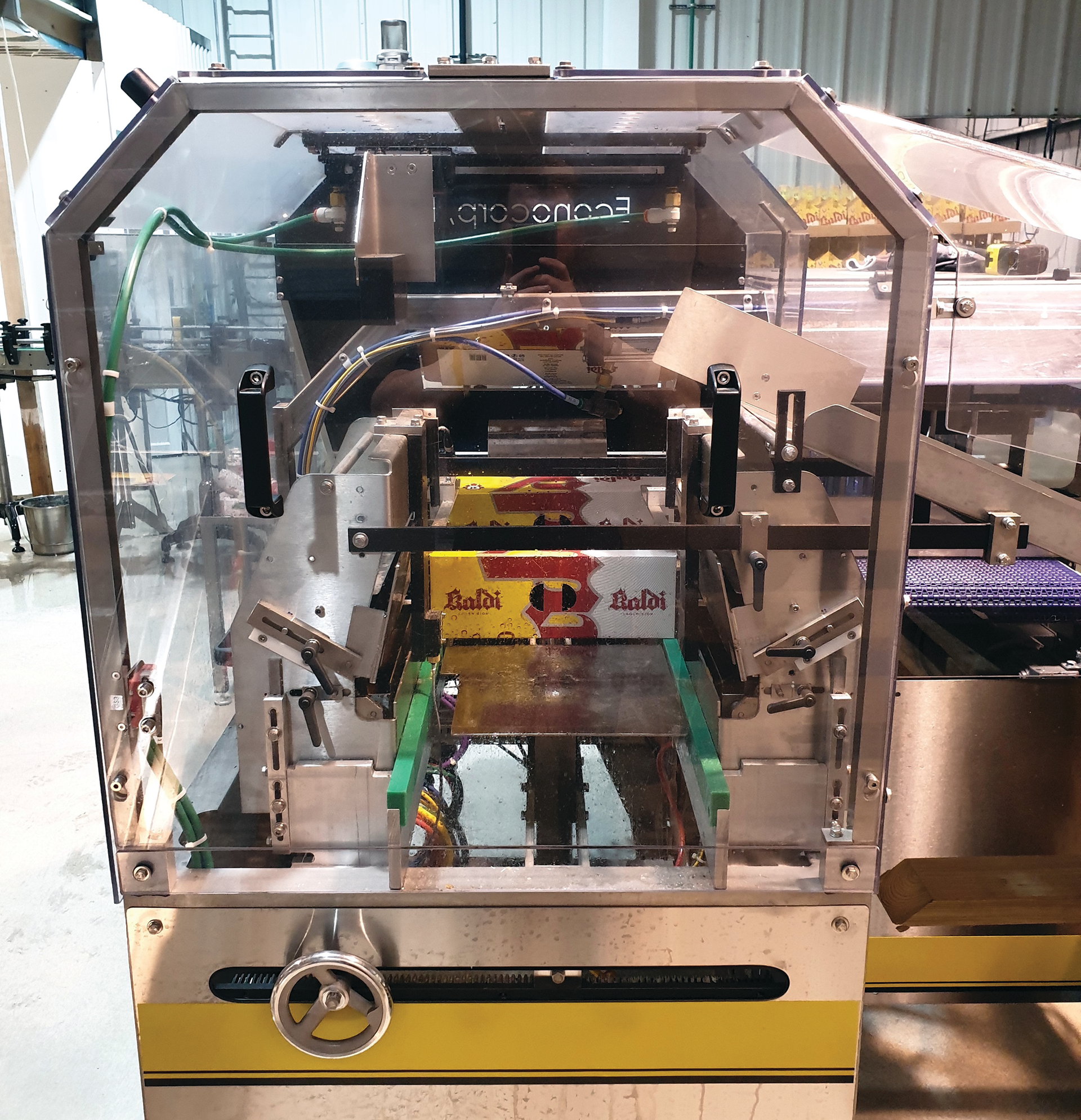 When Bruggsmiðjan Kaldi Brewery was launched in 2006 in the small town of Árskógssandur in the north of Iceland, glass bottles were of course the format.

But it seems that consumers in Iceland are just as mad about beer in cans as everyone else in the world. So last year the craft brewer installed a canning line—right about the time that the pandemic was rearing its ugly head.

“The machines were due into our plant in March, along with technicians from suppliers to get things up and running,” says Brewmaster Siggi Ólafsson. “We wound up doing most of the installation and commissioning ourselves, and we were only delayed about a month. By June of 2020 we were in production.”

The equipment in the line comes from numerous parts of the world, including the U.S.-made end-of-line Econocorp E-2000 cartoning machine. “We were led to Econocorp during conversations we had with other machine suppliers who are familiar with the kind of machinery that’s suitable for craft brewers,” says Ólafsson. “It’s just the right size machine for our production, and it’s very simple in design and, subsequently, in operation.”

Italy is also well represented in the new line, as Cimec supplied the automatic depalletizer, the twist rinser, the 12-head counterpressure filler, and both of the can seamers. The depalletizer automatically removes slip sheets and sweeps the 330-mL cans onto a conveyor that leads to the twist rinser.

A Hitachi ink-jet coder puts lot and production codes on the bottom of each can. Then comes filling and seaming. “In 2006 we started with a Cimec bottle filler,” says Ólafsson when asked what led to Cimec as the firm’s choice of filling and seaming equipment. “We haven’t been at all disappointed with it, so it was easy enough to specify Cimec again when it came time to fill cans.”

Two lanes exit the filler so that cans can be sent into two Cimec seamers. “Having two seamers in place helps us in reaching our goal of 3,000 cans/hour,” says Ólafsson.

Exiting the seamer, cans pass through a Cimec air dryer so that moisture from the cans won’t spoil the carton material. Then a Filtec level inspection device ensures that anything with a bad fill will be automatically rejected.

Right after the dryer the cans make a right angle turn and feed onto the conveyor that takes them into the cartoning machine. Line pressure causes the cans to spread evenly into five lanes. When a group of ten cans in a 2 x 5 pattern are in place, an escapement device opens to let those ten advance into the transfer station so that a pusher arm can push all ten cans at a right angle into an E-flute corrugated carton that has been pulled by vacuum arms and erected directly into the loading station. To eliminate backpressure that could interfere with the smooth transfer of cans, a second device holds the rest of the cans back while cans are in the transfer station.

The E-2000 cartoner uses hot glue to close cartons. Glue pellets go into a pre-melting area. A hot plate melts the glue and then glue fingers dip into this “bath” of glue to apply a series of dots of glue across the flaps. A mechanical plate closes on these trailing flaps and provides a solid backstop for the incoming cans. Then the filled carton is pushed forward into a sealing system, and while it’s being pushed a series of rails closes the remaining flaps. In the process the glue fingers apply adhesive to these flaps, too. Then the carton is elevated and sits a moment in a compression station so the glue can set up. When the next filled and closed case is pushed up, the preceding case slides down an exit ramp.

“We do 10-counts only for now, but this could certainly change and the cartoning machine is fully capable of handling these changes,” says Ólafsson.

Cans are printed by supplier Ball. “But we’re looking at adding a labeler to the canning line for small runs,” says Ólafsson.

Is Edible Packaging the Next Big Trend?

An Introduction to Force Multipliers and Automation for Business

The True Power of Uptime